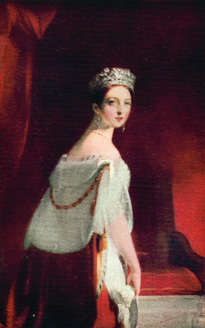 Below is a list of the monarchs that have ruled England from their various palaces in London, since the Norman Conquest in 1066.

Prior to the Norman Conquest, Britain had no single rular but instead was inhabited by different tribes who each had their own leader. Most of England was ruled by Anglo-Saxon tribes of which there were several and Scotland, Wales and Ireland were ruled by Celtic kings.

In the early 9th century, Danish Vikings invaded Britain. In 878, the Saxon King of Wessex, Alfred the Great defeated the Viking army at Edington and forced the Danes to agree to peace as drawn up in the Treaty of Wedmore, which divided England between the Anglo-Saxons and the Danes (the Danelaw).

Athelstan (Alfred's grandson) is generally regarded as the first king of England. During the 10th century, he achieved considerable military successes over his rivals, including the vikings. He took Northumbria from the Viking king of York, and also extended his rule to parts of Wales and Cornwall, thus making himself king of both Saxon and Danish lands. However the Viking raids continued for decades and only ended in 1016, when the Danish King, Canute, became King of England.

The Norman Conquest of 1066 proved a pivotal event in English history, creating one of the most powerful monarchies in Europe and engendering a sophisticated governmental system. The conquest changed the English language and culture, and set the stage for rivalry with France, which would continue intermittently until the 20th century. It has an iconic role in English national identity as the last successful military conquest of England.