You are here: London Online > Kings and Queens > William I 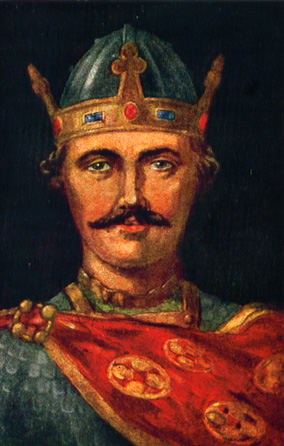 William I was a descendant of King Canute (or Cnut), born in 1027; son of Robert, Count of Normandy; variously known in history as "the Conqueror", "the Great" and less affectionately "the Bastard". The ancestor of that line of kings and queens who have ruled in England for over 900 years.

"As far as mortal man can guide the course of things when he is gone, the course of our national history since William's day has been the result of William's character and of William's acts. He may worthily take his place as William the Great, alongside of Alexander, Constantine and Charles" (Freeman).

In 1051, Duke William visited the English court of Edward the Confessor, and received, as he afterwards asserted, a promise of succession to the crown from that king, at whose death (1066), nevertheless, Harold II. succeeded. The same year William invaded England with his army of Normans, landing at Pevensey, in Sussex.

At the battle of Hastings he defeated the English under Harold, that king being slain on a spot marked afterwards by the high-altar of Battle Abbey. Marching upon London by way of Canterbury, "the royal city," after various lesser engagements, and the surrender of its fellow royal city of Winchester from the widowed queen of the Confessor, William the Norman received the submission of the capital, and at Christmas-tide, 1066, the crown at the hands of Archbishop Ealdred at Westminster, now the Abbey.

A man of gigantic stature, great strength, desperate bravery, and indomitable will, "more dignified and strong than any of his predecessors," and "a very wise man" withal, the character of William the Conqueror is perhaps best expressed in his refusal of fealty to the court of Rome. He held his dominions from God, and by his own sword, and was answerable to none. Reigning for 21 years, he died at Rouen, and lies buried in the church of St. Stephen at Caen, in the land of his birth. The Keep, or White Tower, in the Tower of London, is a memorial of the Conqueror's reign.